Have you ever gotten to the point in your life where you don’t know which end is up?  Ever been at the end of a rope and you don’t know how much longer you can hang on?  I feel like that right now.

I’ve been going through something for months now that doesn’t seem to have a resolution to it.  I’ve prayed and prayed and it’s still there.   I know God answers prayer.  I know He is never late in answering the prayer.  I know He is there for me no matter what.  I’ve experienced it over and over again.  I’ve always trusted Him and I will continue to do so no matter what happens in this situation.

What I really need right now is for every Christian to pray for me.  I don’t know what to ask for anymore.  I don’t know how to tell you to pray.  But God knows what’s going on and how it can be fixed.  All I ask is that you all pray that it will be fixed soon.  After losing my beloved pet, Chip earlier this week, I feel very weak.  Everything seems like a mountain to climb right now and I’m so weary.  Please pray. 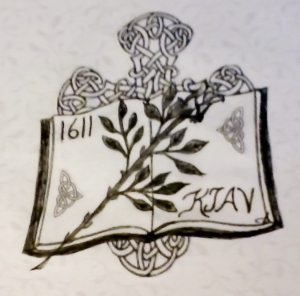 I’m compiling a list of overused words we authors have a problem keeping down to a minimum in our writing.  Please tell me what yours are.  When I finish the list, I will be happy to post it for your use in editing.  You may also include some of the phrases that we all love and hate equally.

Someone please attempt to explain to me the news report I heard yesterday morning on CBS.  I know, I know…it is hard to explain practically any news report these days, but this one has me ready to spit bullets!

Because the pilots have to manually shoot something down if they use the F16, they have been working on this project for…are you ready for it?…approximately twenty (yes 20) years.  Because it has computer technology…mostly expensive…very expensive…computer technology, they are buying 2400 from Lockheed at a whopping price of around $400,000,000,000 (no, I didn’t make a mistake with those zeroes).  It is a flying computer!  A new toy.  Something they can exhibit to impress the world.  Very American, aren’t we?

There have been problems with this plane such as design issues and meeting certain requirements.  They have been seven years behind schedule.

In the interview, the Air Force Chief of Staff stated, something similar to this, “the capability gap is closing…potential for countries to pass us.”  This was the reason for the toy.  Really?  “Closing?”  That means no one else has come up to our technology yet…right?  No one has passed us or (by the use of the word “potential”) has come close yet…right?

The program started eighteen to twenty years ago.  Did I hear that right?  18-20 years?  And it’s just now becoming operational?  It has been over-budget…on the tax payers’ dollar…for the last decade or two?

Why has this project not been scrubbed when we have so many major issues in our own country for which this money could have been used?  What about securing our borders, our waters, our airspace with the missiles we have (which are probably in need of work also…if they work at all)?  What about helping our own people instead of creating toys.

Sure, we can spend money we don’t have to help every other country but not our own?  I heard that it will take at least forty days for people who need help from FEMA due to the flooding to even hear from them here in Texas.  But our government can go over their $400,000,000,000 budget by $160,000,000,000 on a fancy toy that a reporter, Charlie Rose can ask, “Can I play with it?”  I wonder how much it cost to rev up that program so that the reporter could “play with it.”  How much did it cost us taxpayers?  We can at least thank Charlie Rose for bringing it to our attention.

It’s time to put an END to this frivolous spending.  It’s time to use some common sense!  It’s time for our government to do what is right instead of parading around with their chest out like a fancy peacock.

In our present war/non-war it appears we are relying heavily on drones.  Why the extreme over-budget expenditure on a manned aircraft?  Can anyone explain this nonsense?  And please do not pick out one little sentence from this blog and send me a rebuttal on it.  Take the whole thing and explain it.

Today I was pondering the delights of certain combinations that I think are out of this world.

Strawberries and Cream, Raspberries and Chocolate, Peanut Butter and Jelly, Cola and Cherries, Popcorn and Butter, Chips and Dip, Pancakes and Bacon, Cherrios and Banana,  Cinnamon & Honey on Toast, Hamburger and Onion Rings, Mac and Cheese, Hot Dogs and Chili…

And then I thought, what goes best with Coffee?????   EVERYTHING!

What are your favorite combos?